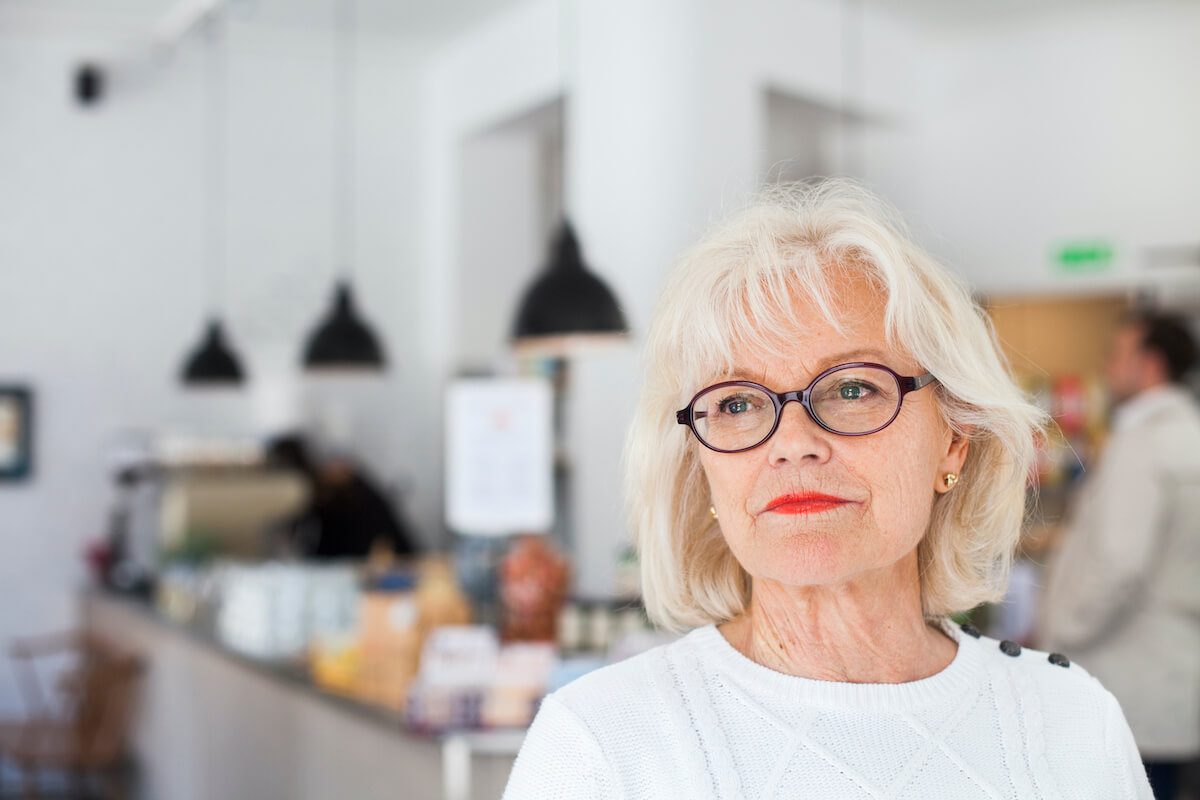 In a recent study, The Lancet identified dementia as the world's greatest health and social care challenge of the 21st century. In fact, around 50 million people worldwide have dementia and the number is expected to triple by 2050. However, there may be some light at the end of the tunnel for dementia care and those at risk for dementia. The Lancet's Commission on Dementia's newest study reveals that there may be new possibilities for dementia prevention and early diagnosis.

Senior Solutions Management Group manages memory care communities in Georgia, Louisiana, Tennessee, and South Carolina. We're sharing information on why some may get dementia more than others, and how to prevent it.

At this time, there are no disease-modifying treatments for dementia.  Although the symptoms of dementia do not appear until later in life, the underlying brain pathology of dementia appears much earlier.  As a result, there is perhaps a window of opportunity during those early years when no symptoms are present to intervene in the disease's development.  Noting the following risk factors and preventative measures could lead to early dementia diagnosis or a delay in the disease's symptoms:

Those with less education are more likely to develop dementia if they did not receive continued education. The study defined less education as having no secondary school education. Researchers believe that low educational level may result in vulnerability to cognitive decline because it results in less cognitive reserve. Cognitive reserve is the brain's resilience to neuropathological damage and its ability to use its damaged resources.  Because dementia is a result of the brain's pathological decline, cognitive reserve is of the utmost importance. While the study highlights the importance of continued education, it does not indicate that secondary school is additionally protective.

Hearing loss is not previously recognized as a risk factor for dementia. Many studies have indicated that even mild levels of hearing loss increase the long-term risk of cognitive decline and dementia in individuals who are cognitively intact but hearing impaired. The connection between cognitive decline and peripheral hearing loss is not yet clear. Additionally, the study has not been able to determine devices such as hearing aids, can prevent or delay the onset of dementia. However, the study identifies hearing loss as a mid-life risk factor for dementia.

Furthermore, the study identifies several vascular risk factors, including diabetes, hypertension, & obesity. Of the three, hypertension is the most worrisome risk factor.  It is thought that obesity is a risk factor because of its link to pre-diabetes and metabolic syndrome. Both of these diseases lead to insulin resistance and high concentrations of peripheral insulin, which potentially cause a decrease in brain insulin production. In regard to diabetes, an increase in inflammation and high blood glucose concentrations can potentially impair cognition.

Depressive symptoms can also be a part of the clinical presentation of dementia with a particular link between number of depressive episodes and risk of dementia. However, the study also suggests that the depressive symptoms were apparent in the 10 years before dementia's onset. Therefore, later-life, rather than midlife depression, is a risk factor for dementia.

Exercise and regular physical activity are crucial to dementia prevention. Older adults who exercise are more likely to maintain cognition than those who do not.  Therefore, maintaining a regular exercise regimen can reduce the risk of dementia. Additionally, physical exercise not only prevents cognitive decline, but has other benefits for older people without dementia. Physical activity has the ability to improve balance and reduce falls in the elderly. In addition, it can improve mood, reduce mortality, and improve daily functions.

In addition to a lack of exercise, smoking was also an incredibly high risk factor for dementia. Smoking can lead to a decline in cognition because it affects cardiovascular pathology and contains neurotoxins. As a result, encouraging your loved one to quit their smoking habit could greatly reduce their risk of developing dementia.

Social contact proved to be as important for dementia prevention as hypertension and physical activity. In fact, social isolation increases the risk of hypertension, coronary heart disease, and depression. Additionally, it leads to cognitive inactivity, which is linked to cognitive decline and low mood. All these are risk factors for dementia, suggesting the importance of social engagement of older people and not simply their physical and mental health.

Bringing it All Together

To summarize: not smoking, exercising regularly, eating fruit and vegetables daily, and drinking only a moderate amount of alcohol reduces the risk of dementia. Additionally, noting midlife hearing loss, low levels of education growing up, and vascular diseases such as diabetes, hypertension, and obesity can help with early diagnosis of dementia.

Senior Solutions offers a variety of resources about dementia and memory care. Contact us today with your memory care questions or explore our award-winning memory care communities.

*disclaimer: research about dementia treatment and prevention is ongoing. This blog is only a summary of one recent study about dementia and should not be confused with medical advice. If you are experiencing concerns about you or a loved one's health you should consult a physician.