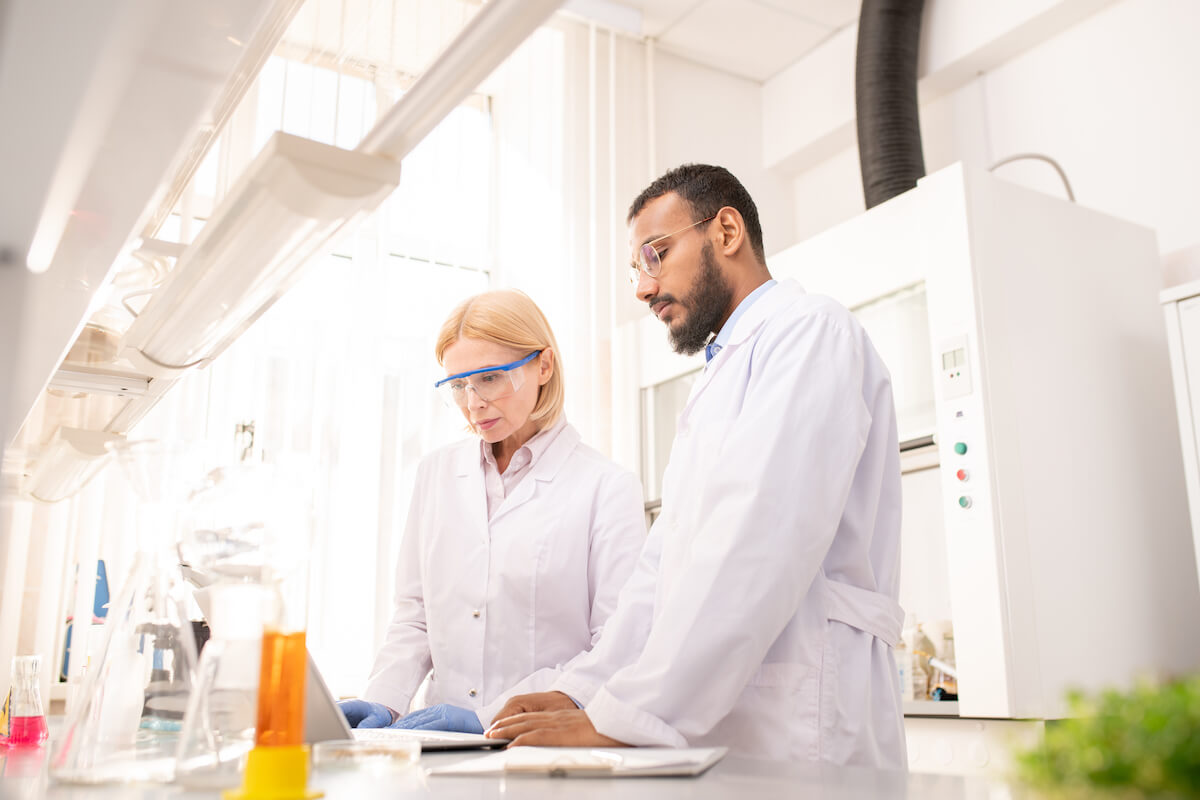 Since the initial discovery of Alzheimer’s disease, we have come a long way in learning about how it affects the brain. While we still do not fully understand the condition, researchers are hard at work trying to piece the puzzle together. Alzheimer’s disease breakthroughs are not as rare as one may think, and even though the battle against Alzheimer’s disease is still ongoing, it is worth noting the progress we have made over the last century.

This research and discovery about Alzheimer’s disease have also led to improvements and developments in the care for individuals living with memory impairments. In addition to exploring significant breakthroughs in Alzheimer’s disease research, we also want to showcase how memory care communities benefit those living with the disease.

Senior Solutions Management Group communities offer memory care and other care services throughout Georgia, Louisiana, South Carolina, and Tennessee. We understand the value of this ongoing research. This is why we are sharing notable breakthroughs in Alzheimer’s disease research as well as the impact that our memory care services can have on individuals living with the disease.

If we are tracking major Alzheimer’s disease breakthroughs, the discovery is obviously the first of these.

Alois Alzheimer had previously noted that one of his patients was exhibiting weird behaviors such as unfounded suspicions of her family and sporadic mood changes, but he had not yet determined why. During this patient’s autopsy in 1906, Alois discovered Alzheimer’s disease.

Even though Alois Alzheimer had discovered the disease four years prior, the term “Alzheimer’s Disease” was not coined until 1910.

While the disease was discovered early in the 1900s, most developments did not occur until the middle to late 1900s. This delay was primarily due to the technological restrictions during these times. In 1931, however, the invention of the electron microscope helped push research forward, as it allowed scientists to examine the brain in much greater detail.

Perhaps one of the most important developments came in 1974 when Congress established the National Institute on Aging (NIA). The NIA has played a crucial role in researching Alzheimer’s and is the primary federal agency for Alzheimer’s disease research.

In 1984, the NIA began funding Alzheimer’s disease centers, creating a nationwide network for research. These developments led to a significant breakthrough in 1993. The Food and Drug Administration approved the first medication to treat Alzheimer’s disease: Tacrine. While memory care services did exist at this point and time, there were no medications readily available to help those with the disease.

The Present and Future

Organizations like the Alzheimer’s Association exist worldwide to raise awareness and funds for Alzheimer’s disease research. In 2013, the G8 Summit announced a global effort to cure or create a therapy-altering discovery by 2025.

Through this research, we are discovering more about the condition and are learning how to better treat and care for those living with memory impairments.

What These Breakthroughs Teach Us

What is Alzheimer’s Disease?

The Centers for Disease Control and Prevention states that Alzheimer’s disease “is a progressive disease beginning with mild memory loss and possibly leading to loss of the ability to carry on a conversation and respond to the environment.”

Alzheimer’s disease affects and damages the part of the brain that controls thought, memory, and language. As the condition progresses, the individual will likely have more difficulty carrying out routine daily tasks and activities.

Other Types of Dementia

This type of dementia is caused by reduced or blocked blood flow to certain parts of the brain. Often, this condition is caused by a stroke or a series of smaller strokes. “While Alzheimer’s usually begins with memory problems, vascular dementia more often begins with poor judgement or trouble planning, organizing, and making decisions (Web MD).”

Also referred to as Dementia with Lewy Bodies, this condition accounts for approximately 5 to 10 percent of dementia cases. Named after the scientist who discovered them, Frederich H. Lewy, M.D., Lewy bodies are microscopic deposits in the cortex region of the brain that affect a person’s abilities to carry out routine tasks. These Lewy bodies interrupt chemical messages in the brain and cause symptoms such as memory loss and disorientation.

These regions of the brain impact a person’s behavior and personality, and their ability to produce and comprehend language. When an individual develops Frontotemporal dementia, nerve cell damage in the frontal and temporal lobes of the brain affects their ability to plan and make sound judgements as well as impacts their emotions, speech, and movement.

Memory Care at The Retreat

The Retreat, our Memory Care neighborhood and program at Senior Solutions Management Group communities, is intended for older adults living with Alzheimer’s disease, other forms of dementia, or another memory impairment. Individuals at The Retreat participate in memory-stimulating activities in a relaxed setting that promotes comfort and safety. Our mission is to improve the quality of life of every individual and family we serve.

Revolutionizing how memory care is provided, our memory care communities offer a world-class approach, extensive training for caregivers and other team members, and personalized care.

Our team of professionally trained caregivers takes a family-based approach to dementia care, joining you in providing support to you and your family. Our teams work to ensure that your loved one is not only being cared for around the clock but is also being aided to accomplish their goals.

The memory care services offered at The Retreat provide residents with a supportive, engaging experience. Our care teams work with residents to customize their services and provide an exceptional senior care experience. Housekeeping, dining services, and wellness programs are just some of the services we offer in our communities. We allow and encourage seniors to enjoy the benefits of living in a welcoming community rather than spending their time maintaining their home and doing chores.

Senior Solutions Management Group knows that the care we provide is meaningful. We’re dedicated to enriching the lives of each and every resident in our senior living communities.

By sharing in caring, we understand the benefits of being a best friend to your loved one. Each one of our team members believes that this is the foundation of exceptional care.

While we still have a bit to go in terms of research and development, memory care services provide an appropriate level of care for those living with Alzheimer’s disease. The Retreat offers a truly unique and unprecedented experience for those diagnosed with Alzheimer’s disease or another type of dementia. Our goal with The Retreat is to be your loved one’s home away from home, making them feel comfortable and supported.

If you would like to learn more about The Retreat or one of our Senior Solutions Management Group communities, we encourage you to visit and experience one of our communities for yourself!